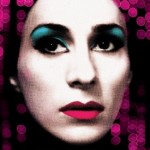 Plot: George is released from prison after 14 years of incarceration for a murder he committed in his small Greek village. He spends his first night out in a cheap downtown hotel in Athens. There he meets Strella, a young transsexual prostitute. They spend the night together and soon they fall in love. But the past is catching up with George. With Strella on his side he will have to find a new way out.
Director: Panos H. Koutras
Country: Greece
Release year: 2009
Duration: 113′ 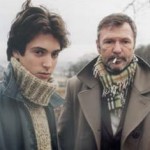 Plot: French filmmaker Vincent Dieutre is accompanied by a close friend’s teenage son on a trip to Berlin and in the process reminisces about his life as a gay man in his 2003 autobiographical documentary entitled Mon Voyage d’Hiver (My Voyage in Winter). Dieutre and his traveling companion, Itvan, visit numerous friends and landmarks, all holding special meaning to the 40-year-old filmmaker as they make their way to the German capital. As the pair grows closer as friends, Dieutre also takes on a paternalistic relationship with the boy as he details his own journey of self discovery — partially to assist Itvan with his own adult transformation, but also as a means for Dieutre’s own legacy to endure.
Director: Vincent Dieutre
Country: France
Release year: 2003
Duration: 108′ 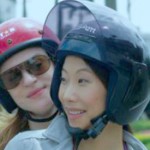 Plot: German artist Sophie is trying to come to terms with the unsolved murder of her Taiwanese lover Ai-Ling. After a run-in with the seductive Mei-Li, a journalist investigating Ai-Ling’s death, Sophie flees back to Germany. But when Mei-Li turns up on her Hamburg doorstep, the mystery deepens.
Director: Monika Treut
Country: Germany / Taiwan
Release year: 2009
Duration: 89′