The short films are divided into units: 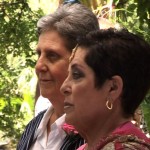 Plot: March 2008 – Cape Town, South Africa. Making history, Joan and Verne get married. Their wedding is the first same sex traditional Jewish marriage carried out by a Rabbi in South Africa. South Africa is only the fifth country world wide to recognise the rights of gays and lesbians to get married with the same equality and dignity as heterosexual couples. Be a part of this amazing simcha (joyous occasion) which, for those there: siblings, children, grandchildren, friends and family, was the perfect celebration of an 18 year relationship now formally consecrated. Laugh, cry, learn and be enthralled by this emotional and historic traditional Jewish wedding, with a twist.
Director: Doug Foulkes
Country: S. Africa
Release year: 2010
Duration: 35′
www:

Plot: A young Methodist minister, Ecclesia de Lange, makes the decision to get married to the woman she loves and thus challenges the Methodist Church in South Africa to accept both the power of the Civil Union Act and the possibility of life-long lesbian partnerships. The Church as an institution rebels, setting off a storm of debate and questions.
Director: Pieter Oberholzer
Country: S. Africa
Release year: 2008
Duration: 35′
www: 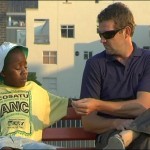 Plot: Cape Town is not all overseas visitors and cosmopolitan chic-ness beneath the facade of wealth is an underworld of street life, struggle and hustle.
Phybia Dlamini’s sophisticated, well-acted, beautifully filmed drama, based on the plays Thirteen Cents and The Quiet Violence of Dreams by K. Sello Duiker, follows the lives of a clutch of Cape Town’s unheralded underdogs. A man, recently out of Valkenberg, lives in a halfway house and battles a terrible past and his feelings for a flat mate. A street child, on the verge of becoming a teenager, does what he needs to stay alive and a prostitute tries to escape her brutal pimp. Their lives intersect with intriguing consequences.
Director: Phybia Dlamini
Country: S. Africa
Release year: 2010
Duration: 24′
www:

Plot: Difficult Love presents a lively personal take on the challenges facing Black lesbians in South Africa today. It features the life, photographs, work, friends and associates of “visual activist” and renowned photographer, Zanele Muholi (who also presents). How real are the freedoms of our new democracy for this diverse minority? This documentary offers a moving answer – and a compelling plea for understanding and tolerance. An intimate portrait of the sometimes infamous lesbian photographer, Zanele Muholi, an unapologetic chronicler of her community, amongst the most hidden and threatened in South Africa. Muholi is disarming and very articulate about the purpose of her work.
Director: Pieter Goldsmid, Zanele Muholi
Country: S. Africa
Release year: 2010
Duration: 48′
www: www.michaelstevenson.com/contemporary/artists/muholi.htm 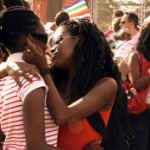 Plot: Sometimes simple works best. Take Road to Pride. The documentary tracks two friends driving from Cape Town to Joburg for the annual Gay Pride march. Interspersed with their road trip are interviews with a number of South African lesbians, who speak about their sexuality, their relationships and their families.
A neat package. But with nifty editing and a narrative that takes in a broad range of perspectives, it becomes much more – an engaging and quite remarkable record of contemporary lesbian attitudes. From just-come-out baby dykes to settled couples with kids, the interviews are frank and fresh, and it all culminates in the funky parade at the end. A satisfying reminder of how far we have travelled in terms of gay and lesbian visibility in South Africa. And, of course, the journeys that are still to come.
Director: Inger Smith & Lesedi Mogoathle
Country: S. Africa
Release year: 2009
Duration: 50′
www: http://vimeo.com/13725669

Plot: “Mosa” explores a young woman’ struggle after being attacked in South Africa. Now in London, she takes on new opportunities to start a new life but after feeling objectified once again, she breaks through and finally decides to live in her own terms.
Director: Ana Moreno
Country: S. Africa
Release year: 2010
Duration: 15′
www: www.mosafilm.com 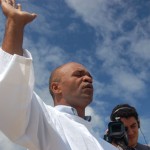 Plot: A documentary about the life of an ex-transvestite: from his miserable childhood, marked by his semi-slavery work and begging, to prostitution in the streets of the capital of Para­ba until his transformation into a protestant pastor. With the construction of his own church, he does a social work in the poor community where he lives. Besides he dedicates himself to what he considers his greatest mission: to bring gays, lesbians and transvestites to the Lord and into heterosexuality.
Director: Bertrand Lira
Country: Brazil
Release year: 2009
Duration: 70′
www: bertrandslira@hotmail.com

Plot: Men reveals the stories of homosexuals living in northeastern Brazil – a conservative region, full of prejudice, where violence is frequently used against those who decide not follow social norm. The film shows moments of pain and intolerance, but it also shows that happiness is part of these men’s lives.
Director: Bertrand Lira
Country: Brazil
Release year: 2008
Duration: 20′
www: inthepalace.com/en/2009/programe-go/2009-06-23/film/34

Plot: The live of a travesty and the opinion of the people around her, in a small villabe in Brazil.
Director: Eduardo Chaves
Country: Brazil
Release year: 2003
Duration: 19′
www: 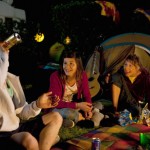 Plot: A game of “truth or dare” leads to a dangerous liaison between a supposedly straight boy and his gay admirer. Confessions are made and homophobia defeated.
Director: Pascal-Alex Vincent
Country: France
Release year: 2009
Duration: 8′
www: www.foriegnmoviesddl.com/2010/06/en-coloat-summer-camp-2009-pascal-alex.html 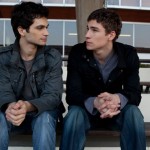 Plot: A touching take on falling in love with your best friend. What’s a gay boy to do when he’s fallen in love with Cedric, his officially straight best friend? For that in a nutshell is the touching scenario on offer here, only one that gets complicated when the object of Jerome’s affection seemingly cannot decide which team to bat for, kissing him gay style during their time spent revising maths together, only to rebuke him in school when lessons switch to basketball. Contemplating coming out to his parents and unsure of whether sexually confused Cedric feels the same way about him, life sure isn’t as easy as doing basketball or mathematics for our boy. Or should that be, being straight or gay.
Director: Rodolph Marconi
Country: France
Release year: 2009
Duration: 7′
www: www.foriegnmoviesddl.com/2010/06/basket-and-maths-2009-rodolphe-marconi.html 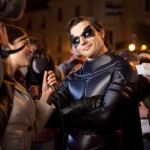 Plot: A white French gay superhero involved in making the world a better for you and for me and the entire human race, including his French boyfriend, who happens to be of Asian descent.
Director: Xavier Gens & Marius Vale
Country: France
Release year: 2009
Duration: 9′
www: 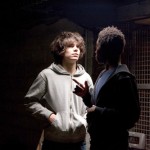 Plot: Omar is a young closeted gay guy living in a grim suburb. The pressure is such that he can’t reveal his homosexuality, even to his friend Mourad. One day his love affair with Arthur is discovered. Does he renounce his love or leave the city?
Director: Sebastien Gabriel
Country: France
Release year: 2009
Duration: 9′
www: http://hotfile.com/dl/47150261/b1ceb5f/OMAR_(2009).avi.html 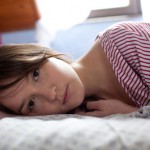 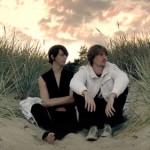 Plot: It’s just unfair: Tim and Julian are deeply in love but the gay couple never makes each other scream in bed. When you can’t sexually satisfy the person you love is this enough reason to quit a long relationship?
We give the answer! On a weekend trip to the sea the queer boys want to spend some time together away from the pulsating city of Berlin where they live. This trip ends with two cakes in the sand.
What, if two people love each other but can’t live with each other?
Director: Christoph Scheermann
Country: Germany
Release year: 2010
Duration: 16′
www: www.fullyflared.com/tortenimsandtrailer.html , http://www.youtube.com/watch?v=mkHRBIHqeP4 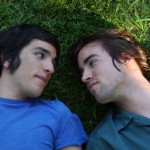 Plot: A young couple needs some place to have intimacy, so they use Arturo’s grandmother place when she is not there; but Carlos has a problem: he can’t do it in front of the pictures of dead relatives. His boyfriends makes fun of him, but some months later he is the one who feels the picturesâ€™ gaze.
Director: Miguel Lafuente
Country: Spain
Release year: 2010
Duration: 15′
www: www.youtube.com/watch?v=0uQmic2cYwk 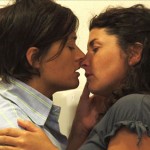 Plot: A story about the joy, sadness and absurdity of being victims of un-synchronized passion.
Emma loves Her. Emma is invisible to Her. Silvia, like a pop guru, dishes out advice. Emma tries to follow up but then she’s forever dazing and imaging the most unexpected like the little goats in Chagall’s skies.
Director: Silve Novelli
Country: Italy
Release year: 2010
Duration: 18′
www: www.youtube.com/user/badholevideo 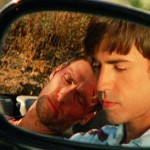 Plot: “Toto Forever” tells the impossible love story between a young postmen, that dreams with a new life, and a gangster, that is in deep trouble with a mafia group. Toto will never lose the “hope”, despite of the traumatic end of the affair.
Director: Roberto Canuto
Country: Spain – USA
Release year: 2009
Duration: 14′
www: www.almostred.com/totoforever.htm

Title: The Strongest (“A Mais Forte”) 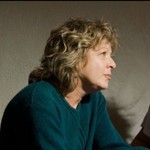 Plot: Rafael survived a car accident in which his partner, Alberto died. Alberto’s mother, Raquel, mourns while she deals with the decision to either split Alberto’s apartment with Raphael or keep it for herself. Mariana, Rafael’s mom, fights for her sons right to half of the apartment. A fight between two different mothers provoked by a death of a loved one will reveal who is the strongest in the end.
Director: Ricky Mastro
Country: Brazil
Release year: 2009
Duration: 15′
www: www.amaisforte.com.br/index_en.html 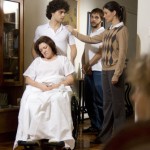 Plot: When you’ve spent your entire life next to someone, all the time in the world isn’t enough to say goodbye.
It took only five minutes for her world to stop spinning. When she woke up that morning, Alice would never have thought that she’d never again Adelia’s voice again. She couldn’t imagine that her last words would be “good night”. All her love, joy and courage to spend so many years together ceased with that deafening velvet silence. All that’s left to Alice now is a last kiss and the uncertainty of the cruel wait for, who knows, five more minutes.
Director: Ricky Mastro
Country: Brazil
Release year: 2008
Duration: 10′
www: www.cincominutosfilme.com.br

Plot: Real life, love, and passion knock at your door – this is the real life story of Lu and Ligia, who have been together for over 32 years. And it ‘s been great.
Director: Ricky Mastro
Country: Brazil
Release year: 2009
Duration: 7′
www: 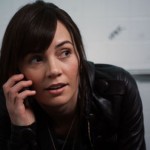 Plot: A miserable Hollywood assistant finds romance and a reason for being when her sexy New York counterpart arrives in town. Public Relations is a funny, fresh take on growing up and getting laid.
Director: Gianna Sobol
Country: USA
Release year: 2009
Duration: 17′
www: gianna@yfghe.com 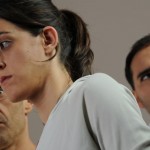 Plot: Jonas and Flavio become paternal for the first time when they realize their friend is considering an abortion in One for Another
Director: Cecilia Engels
Country: Brazil
Release year: 2008
Duration: 12′
www: 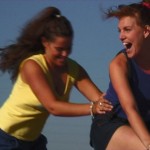 Plot: “Sin Love” tells the love story between two girls that are friends since their childhood. Rocio, twenty years old, decides to go to town, where she will find a new free life. Even throught she tried to explain to Laura, her girlfriend, how important it’s to go out of the village, Laura stay there. Finally Laura’s father forces her to marry Antonin, his police colleague. Ten years later, Rocio and Laura meet up each others again and they will try to reanude their relationship this time everything will be more complicated. A beautiful love story full of hitchs. Love, passion and a surprising ending are the special ingredients in this short film that protects human rightsâ€¦ freedom and love.
Director: Martin Crespo
Country: Spain
Release year: 2008
Duration: 25′
www: www.rossmartinfilms.com/sin_love.html